OUT OF THE DARKNESS
by Arne Dahl

The darkness materialises, forcing itself deeper into him, and he struggles to breathe. The taste of metal is repulsive, the dull chink against his teeth, lips closing tightly around the hardness, the metal. It feels like the only air hole as the darkness pins him down in the armchair. The dream of escaping, escaping life, of just getting away, is so fleeting, so futile.

The ticking in his temples spreads through his skull until he realises it makes no sense. His heart is beating faster than that. He realises it is his watch, trying to restore normality, but it feels more like a taunt. The taste of metal makes his teeth ache.

Time, he thinks, sparks flying from his fillings. Time, he thinks, taking the metal from his mouth, that small gesture dispersing the darkness. It’s no longer viscous, no longer solid. Time starts moving again. She should be home now. He caresses the metal, it feels endless. One quick attack and everything will be different.

Sitting there, he’s different now; more on his guard, better prepared. It can’t be long. The darkness has evaporated, even his heartbeat has harmonised with the ticking of the clock. His heart is no longer racing, two beats a second, a quick, steady pulse. A resolute pulse. His purposefulness has returned. His entire being is focused on the door. He hears her footsteps.

They pause, a key enters the lock. He rises, heads towards the door, raises his hand. His caresses along the metal are no longer caresses; they hurt, cut in.

She comes in, looks at him, panic-stricken. He moves towards her, hand raised. She stares at the object in his grasp. He takes her hand, slips the ring onto her finger and whispers something.

“Yes,” she says, her face lighting up.

For our 300th issue we asked our favourite writers to create an original noir story. The catch? It had to be exactly 300 words long. Strap yourself in for a blood-soaked celebration of bitesize hardboiled fiction.

Frank was a bad man by Denise Mina

The bullet had eyes by George Pelecanos

Out of the darkness by Arne Dahl

The long drop by Will Self

The set up by Danny Wallace

A dream of winter by John Connolly 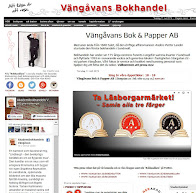